by Greg Kratz, Contributing Writer  | May 17, 2019
You would expect Google to know a thing or two about collaboration. But here’s what Google learned about remote work from its employees.
Save 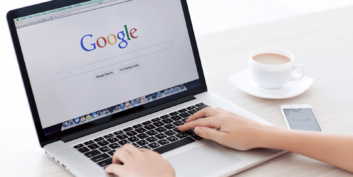 Google is a huge corporation with teams and employees in 150 cities in more than 50 countries around the world, so you would expect it to know how to handle collaboration among remote workers.

But it’s also a company that is driven by data, so its leaders recently decided to make sure its virtual teams were collaborating effectively. According to a Google blog post by Veronica Gilrane, Google’s people analytics manager, that check took the form of a survey sent to more than 5,000 of the corporation’s nearly 100,000 employees, as well as focus groups with about 100 of those workers.

What Google learned about remote work, perhaps not surprisingly, is that both formal and informal communication are the keys to successful remote work.

“We were happy to find no difference in the effectiveness, performance ratings, or promotions for individuals and teams whose work requires collaboration with colleagues around the world versus Googlers who spend most of their day to day working with colleagues in the same office,” the blog post says. “Well-being standards were uniform across the board as well; Googlers on teams who work virtually find ways to prioritize a steady work-life balance by prioritizing important rituals like a healthy night’s sleep and exercise just as non-distributed team members do.”

However, Gilrane tells Fast Company they also discovered that workers in remote offices sometimes struggled with feeling disconnected from their teams or frustrated with other aspects of their jobs related to their location far away from colleagues.

The specific problems she mentioned will be familiar to all remote workers. “Coordinating schedules across time zones and booking a conference room for a video chat takes more logistical brain power than dropping by a coworker’s desk for a meeting over coffee,” she says in the Google blog post. “The technology itself can also be limiting—glitchy video or faulty sound makes impromptu conversations that help teammates get to know, and trust, each other seem like more trouble than they’re worth.”

To overcome these challenges, Google has several recommendations for its distributed teams:

Help workers get to know each other as people.

In the blog post, Gilrane suggests that team members start meetings with small talk about what they did over the weekend or similar topics. It’s especially important for managers to help develop that rapport and connection among team members who may not see each other in person frequently.

If some of your team members are in California and others are in New York, try to find meeting times that work for everyone. “If workers extend into more varied time zones, like Greenwich mean time or China standard time, (Gilrane) says to make sure that a manager should alternate meeting times so that one time zone isn’t inconvenienced more than another,” the Fast Company article says.

Make sure your technology is up to the task.

Nothing is more frustrating for remote workers than trying to communicate using unreliable tech. Managers must make sure they have the right hardware and software to ensure smooth connections.

“Instead of making assumptions about preferred working hours, take the time to ask your coworkers when they like to take meetings; some may opt for a certain time of day if given a choice or like to disconnect completely from their computers at other times,” Gilrane says in the Google blog post.

Build connections, online and in person.

Managers should seek the right opportunities to bring their distributed teams together at one location, even if it means flying people in occasionally for face-to-face meetings. When that’s not possible, develop other ways to build bonds that aren’t only work-related. In the Fast Company article, Gilrane says her team meets once a week for 30 minutes via video chat with no set agenda. “We actually eat lunch or breakfast over chat,” she says. “It’s a nice break from the day-to-day.”

The experiences of Google’s remote teams will resonate with anyone who is striving to work efficiently and effectively with far-flung colleagues. And as any virtual team member will tell you, success starts and ends with strong communication. Whether you are an employee of a huge corporation or a small startup, that should be the core of your personal remote work plan.

We’d love to hear your thoughts and questions. Please leave a comment below!

All fields are required.